As I mentioned in my Summer Summary, due to the warm spring this year Apples and Pears are ripening early. I recently tested this theory out by checking out the pear tree on the river Itchen. As I rowed up to it, a dark squadron of the avian enemy (starlings) broke cover from the ivy and fluttered off laughing as they winged it down-river. I realised then that despite the awkward location of the tree, I still faced formidable competition. The pears though were crunchy, crisp, sweet and ready to eat…
I quickly press ganged the Urbane Forager rapid response pirate boarding party, fully equipped with two able bodied seamen, one mermaid, suitable sun protection, two builder’s buckets, a fruit picker, lifejackets all round and a very fashionable hat.
In a trice we jogged down the road and soon had the good ship Tern (a stalwart of the remarkable St. Deny’s Sailing and Rowing Club) launched and alongside the pontoon, ready for boarding. The tide was high; the sun was over the yard-arm and visibility was very good.
As we propelled our vessel under the Cobden Bridge and manoeuvred her alongside the pear tree, the shadowy host of shrieking airborne fiends materialized once more from within their leafy camouflage.
Undeterred we prepared for boarding and the children enthusiastically engaged the tree, using small arms we rapidly picked off the lower fruits while keeping a sharp lookout for Whoppers further up the rigging.
Once we had secured the lower levels it was time to deploy the extendable fruit picker (the weapon of choice for the Urbane Forager).
As the brave children grappled with the branches to hold the boat steady, they were somewhat at risk of friendly fire by way of falling pears, and I’m sorry to report that there was some (fortunately limited) collateral damage.

We filled both buckets over half way with our pear based plunder, making the boat a heavy beast to row back to port.
We pillaged about 26 Kgs of delicious pears on this short voyage and there are still plenty left for the birds and fishes.
Some of the higher branches were still loaded with Whoppers but they remained out of reach from our unstable platform; even I am a stickler for H & S when at sea. However, I do have a longer picker and may return soon to hoover up the survivors.
After the initial celebrations however, I spotted a potential flaw in my plot. We had walked down with all our equipment, so how on earth were we going to get all the treasure back home? I emptied half of one bucket into the other, left the heavy one at the rowing club and hefted the lighter one back up the road. The effort required to achieve this, very nearly exhausted my enjoyment of the whole jaunt.
Fortunately, when we were halfway home, my old shipmate Pete hoved into view and offered to collect heavy remaining bucket in his car and drive it round. We all enjoyed our buccaneering exploits. The children’s swashbuckling determination and bravery under fire was rewarded later with cold lemonade, a paddling pool/water fight in the garden and pears!
The adventure was over – everyone had done their duty and no one was made to walk the plank. I honestly believe that Admiral Nelson could not have done any better and besides, the Victory would never fit under Cobden Bridge... 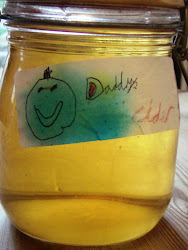 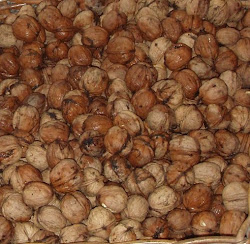